The Hans Holbein Connection - Did the Princes in the Tower survive?

22/11/2021
England’s long history has been plagued by many tragedies. From the Black Death to the Great Fire of London, for over two thousand years misery and bloodshed have left a palpable presence on the English landscape. From north to south, east to west, within its fine castles, abbeys, cathedrals, churches, stately homes and historic coaching inns, their ancient walls and ornate furnishings pay testament to legendary and long forgotten stories of ambition, greed, love and betrayal.

No story is more famous in England’s past than that of the sons of Edward IV, more famously remembered as the Princes in the Tower. Everyone knows the story. According to the most popular version of the tale, the boys’ legitimate succession to the throne of England and the Dukedom of York as the heirs to the late King Edward IV – victor at Tewkesbury, first upholder of the House of York and King of England since 1461 – came to a silent and sinister conclusion at the hands of their bloodthirsty uncle, history’s favourite villain, Shakespeare’s hunchback. King Richard III. 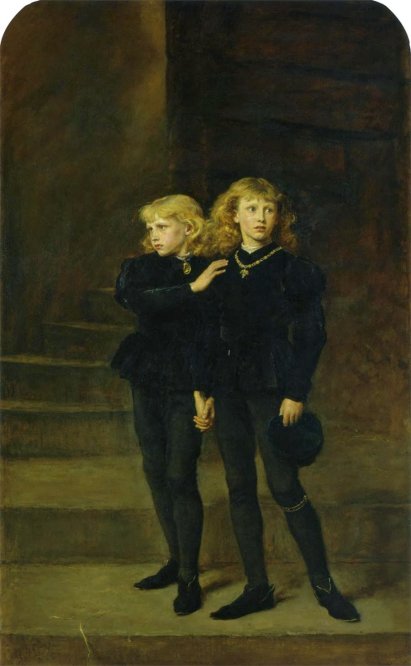 But despite their deaths over four hundred years ago, the question of when and how they met their end has never been agreed upon. Tainted by centuries of imperfect knowledge and misconception and heaped in the immortality of England’s dark history, the true story of what became of the Princes in the Tower still remains something of an enigma. Following the death of their father, it was the right of his eldest son and heir to succeed him as king. The eldest of the boys was Edward, aged 12, who was proclaimed Edward V merely two days after his father’s death. Over the coming weeks, the boy was recorded as having come to London at which point he came under the protection of his uncle, a hero of the recent wars, the late king’s brother and loyal ally, known at the time as Richard, Duke of Gloucester. In time, the king in waiting was joined by his young brother, Richard, Duke of York, and together they took up residence in England’s great fortress, the Tower of London. As the days passed, plans for Edward’s coronation continued until, one day, without warning, Richard had the princes declared illegitimate and banned from succeeding to the throne.

The story of the two boys from this moment onwards is fraught with controversy. In the early days, the princes were often seen playing and shooting on the battlements or in the Tower garden. But, as the weeks passed, they were seen less and less. A dark shadow had emerged over the Tower. The people of London were said to have been overcome with grief as rumour began to spread of evil actions or intent; citizens were said to weep freely and suddenly, even to the point that people refused to talk of them.

The chroniclers of the time were not slow to point their fingers, and not only in England. Rumour abounded that the boys had been murdered, be it by the sword, the stone or even drowned in a barrel of Malmsey Wine, a tactic already used on their other uncle, George, the Duke of Clarence. Despite the persistent rumours, it was not until many years later that the story finally acquired a degree of clarity. In the early years of Henry VIII’s eventful reign, a most compelling version was written by the chancellor of England at the time, the great Sir Thomas More, later saint. However, due to the circumstances that led to his untimely death, More’s tale remained incomplete, and, for many years, unpublished. 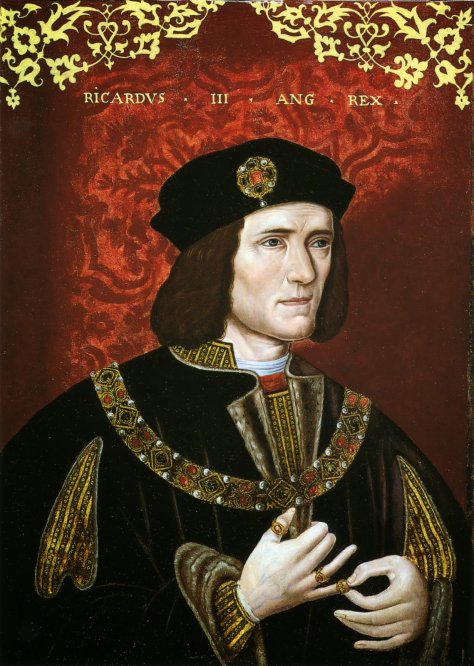 Of all the chronicles, it is More’s that provides us with the greatest detail. According to More, the Princes’ end came on the orders of Richard III and his closest schemers. Their bodies were smothered in their beds and buried at the foot of the Tower stair where, in the reign of Charles II, two skeletons were found. Their ages were estimated to be 12 and 9 and later identified as those of the Princes. They were buried in a room off the great Lady Chapel in Westminster Abbey. An elegant urn stands close to the tomb of Elizabeth and Mary, its words written in Latin, its creation the work of Sir Christopher Wren.

While the story recounted by More is striking, original in narrative and precise in detail, the mystery of the Princes in the Tower remains to this day ‘unsolved’. Perhaps this can be explained away by the time delay between the writing of More’s chronicle and its publication. Alternatively, the gap of nearly 200 years between disappearance and discovery of the bodies at the foot of the Tower stair, i.e. the absence of hard proof, was equally so strong a cause.

Yet, maybe, there is another even easier explanation. Perhaps More was simply incorrect. Perhaps the Princes were never murdered at all.

Of all the theories that have been put forward over the years, the most compelling and elaborate is surely that of Holbein, originally credited to a retired English jeweler, Jack Leslau. Should the theory be correct, the fate of the princes belongs not to any urn or sarcophagus in Westminster Abbey, but the legacies of two other prominent historical gentlemen from Tudor London.

According to Leslau, instead of being smothered in their beds or by any other means as the chroniclers suggested, the Princes were moved out of the Tower and placed in the protection of their loved ones: either an agreement between the boys’ mother, Elizabeth Woodville, and Richard III, or, alternatively, an agreement between the family and Richard’s successor, Henry Tudor. Supporters of the former claim that Richard had the blessing of the family, whereas, according to others, Henry reigned with a guarantee the princes no longer desired the throne. Should Leslau be correct, the former king returned to civilization, not as a prince or lord, but as an apparent son of a man once Comptroller of the Royal Household. Walking in the same circle, his brother had arguably an even finer pedigree: returning to the limelight as President of the Royal College of Physicians and husband of Thomas More’s own foster daughter. 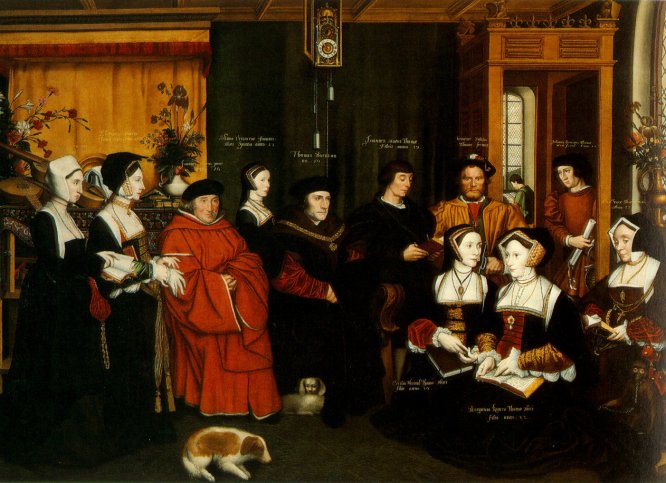 Such tales, be they wild or based merely on rumour, are easily dismissed without full understanding of the facts. But what of the evidence? Can proof of the pudding be found simply in testing the relevant bodies for DNA? In 1995 Leslau made what seemed life-changing progress. The graves of both men were to be excavated, their bodies subjected to academic scrutiny. Yet, up until now, the tests remain undone.

But an even more incredible piece of evidence might possibly be found within the brushwork of a late 16th century copy of an early 16th century masterpiece. In the 1520s, the great artist Hans Holbein the Younger was staying in England; among his patrons was Sir Thomas More. Holbein completed at least two works in around 1527, sadly later lost in a great fire. Fortunately the originals were seen by the English artist, Rowland Lockey, who made copies of them. The copies are now hanging in both the National Portrait Gallery and a large estate in Yorkshire named Nostell Priory. 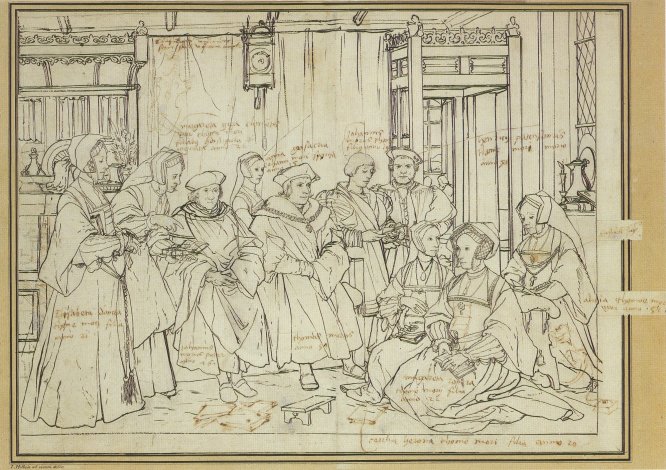 Though the quality of the Lockey copies may rival the works of the great artists of the time, the subject matter, when viewed in the modern day, is certainly intriguing, but also, perhaps, largely forgettable, so similar is the scene to many others that hang on the walls of England’s galleries. In the portrait we see 12 members of the More family, the most famous being Thomas More himself. Most members have Latin writing above or below, confirming their identities. Two, however, are less easy to explain. The first is the figure of a teenage boy, seen reading in the top right corner, for whom there is no writing at all. Of more interest still is the young man standing at the far right. According to the Latin, his name is John, his title, The Rightful Heir. John is standing beneath a fleur-de-lis – one of several. Equally intriguing, he is standing at the highest point of the painting, a station commonly used to symbolize positions of importance.

Look at the painting, particularly the men in question. Then compare it to the sketch to the right, Holbein's original prototype. Notice the differences. Who is this John?
What is the artist trying to tell us? What secrets are hidden within this great scene?

The Holbein connection is a central feature of The Plantagenet Vendetta, currently available on Amazon in both the UK and US.
Next
Previous