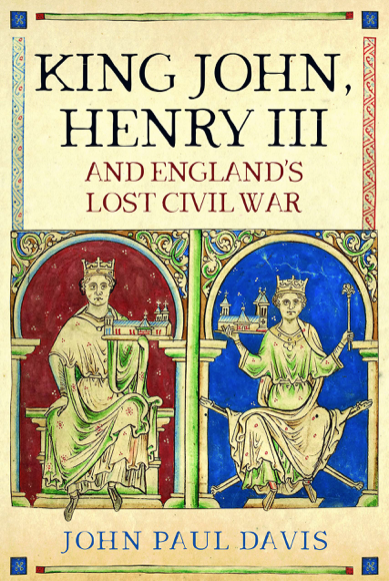 The book is available in hardback and eBook from Pen&Sword. Readers can purchase their copy Here

UK readers can purchase the book on Amazon Here

US readers can pre-order it Here

In 1204, the great Angevin Empire created by the joining of the dynasties of Henry II of England and his queen, Eleanor of Aquitaine, was fragmenting. At its height, the family landholdings had been among the largest the world had ever seen. From the border of England and Scotland in the north to south of the Pyrenees, it seemed there was nowhere in Europe destined to escape Plantagenet control.

Yet within five years of his accession, King John’s grip on the family holdings was loosening. Betrayal against his father and brother, the murder of his nephew, and breaking promises made to his supporters were just some of the accusations levelled against him. When Philip II conquered Normandy, the chroniclers believed that an ancient prophecy was fulfilled: that in this year the sword would be separated from the sceptre. For the first time since 1066, England’s rule over the ancestral land was over.

For John, troubles on the continent were just the beginning of a series of challenges that would ultimately define his reign. Difficult relations with the papacy and clergy, coupled with rising dissent among his barons ensured conflict would not be limited to the continent. When John died in 1216, more than half of the country was in the hands of the dauphin of France. Never had the future of the Plantagenet dynasty looked more uncertain.

As the following pages will show, throughout the first eighteen years of the reign of Henry III, the future direction of England as a political state, the identity of the ruling family and the fate of Henry II’s lost empire were still matters that could have gone either way. For the advisors of the young king, led by the influential regent, William Marshal, 1st Earl of Pembroke, the effects of John’s reign would be long and severe. Successful implementation of the failed Magna Carta may have ensured his son’s short-term survival, yet living up to such promises created arguably a more significant challenge.

This is the story of how the varying actions of two very different kings both threatened and created the English way of life, and ultimately put England on the path to its Lost Civil War.
Next
Previous