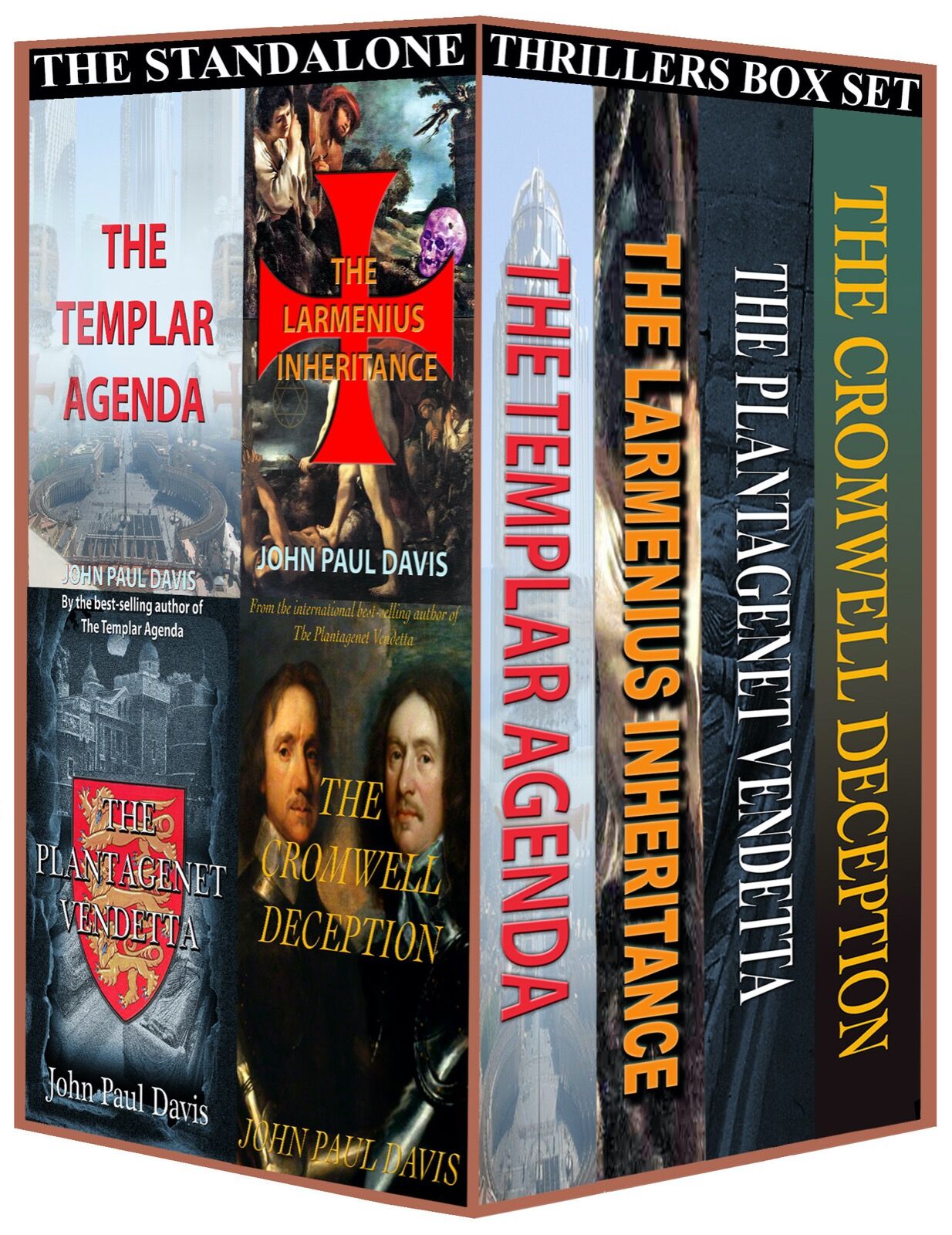 US readers can do so Here

A Swiss banker is found murdered, the latest in a string of murders whose victims had connections to the Vatican. Their killers: a secret society whose members include some of the most influential men on the planet. They are the inheritors of the Knights Templar: an ancient brotherhood of warrior monks who once fought for the preservation of the Church in dangerous times.

But in whose name do they act now?

Back in Rome, the Vatican Police make a chilling discovery. All of the victims have one thing in common. And the Camerlengo's great-niece is their next target.

When Swiss Guard Mikael (Mike) Frei is sent to St. Gallen to act as temporary bodyguard for Gabrielle Leoni, daughter of the murdered banker and great-niece of the Camerlengo, he is completely unprepared for what awaits him. Mike and Gabrielle fail to take to one another but following the discovery of a 14th century diary left behind by Gabrielle's father which provides a dramatic insight into the cause of recent deaths, both of their lives are endangered.

1502: Knight of Christ, Miguel Corte-Real, sets out from Portugal on a secret voyage across the Atlantic. Hidden amongst his cargo is a legendary treasure - its very existence known only to those deemed worthy.

500 years later, esteemed history professor William Anson is found murdered in La Rochelle. Around his neck, an ancient medallion, one that has not been seen since 1307. He is the grandmaster of the Knights of Arcadia: a society of men deemed worthy. His killers, a ruthless brotherhood, whose existence is equally legendary. And they will not rest until they have reclaimed what was once theirs.

England 1485: They were called the Sons of York. They were secretly created during the final hours of the reign of Richard III. Their sole purpose to hunt down and eliminate the descendents of his murderer.

By any means necessary.

Over five hundred years later the long reign of King James III of England comes to an unexpected end. Less than a week later, the bodies of two Cabinet ministers are discovered in a burning car. Though the deaths of all three are initially assumed to be unconnected, a chance arrest in London yields a bizarre confession. And a sinister warning...

February 1649: As the dust settles on the English Civil War, only one objective remains unfulfilled before Oliver Cromwell's total victory over the monarchy is complete. For over four hundred years the Crown jewels of England have been held safely in the Tower of London, yet in the coming days they are removed, never to be seen in public again. Government receipts confirm the jewels have been sold and melted down for mint value.

Only one man knows the truth...

Present day: In the heart of London, a famous art gallery is robbed in the dead of night. Two paintings are taken: a newly purchased £10million self-portrait of a famous 17th-century artist and a portrait of a Roundhead soldier of moderate fame. For gallery director Gillian McKevitt, news of the theft is an absolute nightmare. Aside from the theft occurring less than two days before the self-portrait's unveiling, CCTV footage suggests the theft was an inside job.

As the news sinks in, a surprise revelation from Gillian's predecessor confirms she is dealing with no ordinary theft. One of the portraits contains an unimaginable secret, one with the potential to reveal the whereabouts of a long-lost treasure.
Next
Previous