Cromwell and the Crown jewels - what really became of England's lost treasure?

22/11/2021
As the dust settled on the English Civil War, the government of England found itself in an almost unimaginable situation. The killing of Charles I on a scaffold in Whitehall, though by no means the first example of a King of England meeting his end at the hands of his enemy, was unprecedented in the sense that he was the first king to be executed for treason. No less than three kings since the Norman Conquest – Edward II, Richard II, and Richard III – had met their maker in some way at the hands of their successor, but up to this point monarchy had always survived.
And prospered. 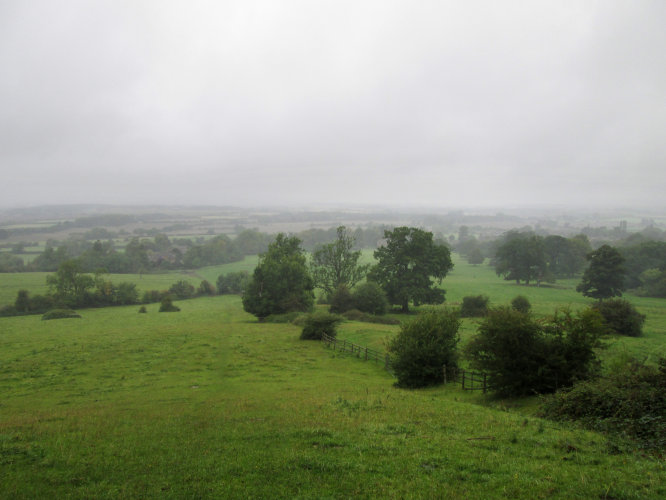 With Charles I dead and his royalist accomplices jailed, fined or condemned to death, candidates to replace him on the throne were sorely limited. Whilst his daughter Elizabeth, Queen of Bohemia, remained in exile in The Hague after being ousted by the Spanish and the Catholic league, Charles’s heir and logical successor, his eldest son Charles Stuart, was planning his own military campaign against the Parliamentarians. Recently crowned Charles II of Scotland by his subjects in Edinburgh, his army headed south into England in 1650 and was abruptly dispatched by opposition forces in Worcester, forcing him to flee to the continent. 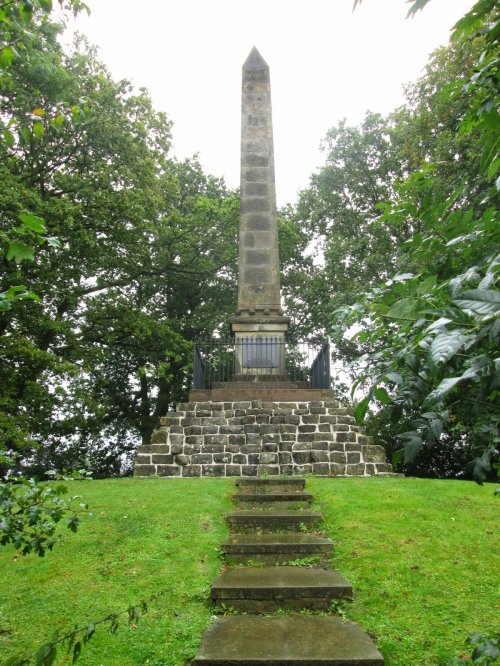 Had Charles succeeded, England’s history might have been very different. Instead, as Oliver Cromwell and his New Model Army swept away the last elements of dissent in Ireland and the Midlands, the wind of change that had already been blowing steadily throughout England for over a decade was ready to unleash its heaviest gale. The Rump Parliament, having already brought the king to trial in January 1649, wasted little time in launching a similar attack on the aristocracy and the institution of the monarchy. On 6 February the House of Lords was abolished after a vote in the House of Commons, and within a day a vote was cast to end the line of Stuart succession. From that moment forth England would no longer be ruled by any one person deemed of royal blood, but instead become a commonwealth: a government comprised of a forty-one-man council of state, with the prominent Cromwell sitting unrivalled as its chief citizen. Not as a king. But a politician.

The outcome of the Civil War will forever be remembered as a decisive moment in England’s history, and not just for the death of the king. Many of England’s mighty castles, trademarks of the lost dynasties, now lay in ruin, destined for destruction or decay, while the king’s personal possessions were commandeered, many finding a new home under the watchful eye of the new ruler. The symbol of the monarch, so long used to authenticate acts of Parliament, was removed from the great seal and as Cromwell’s forces took over the city of London, the coronation regalia that remained scattered within The Palace of Westminster, Westminster Abbey and the Tower of London were removed from the public eye. Documents from the time confirm the majority of the items were sold, and melted down.
Like the king and the institution they represented, the original crown jewels of England ceased to exist. 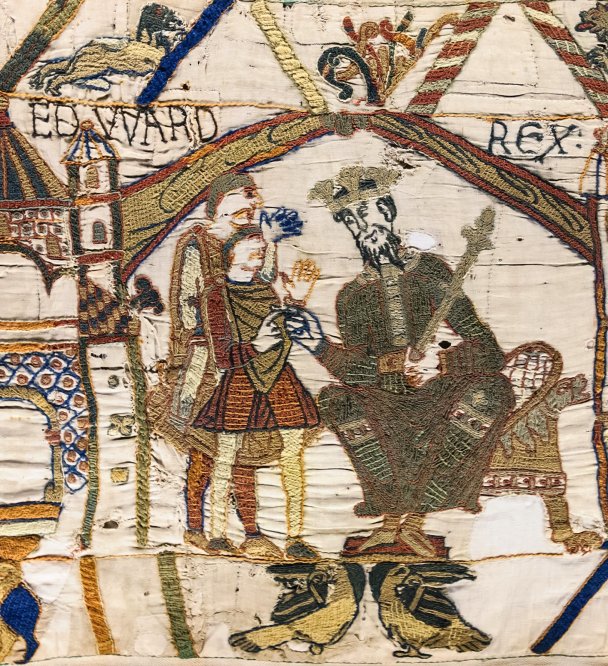 The idea that the Crown jewels of England could ever have been destroyed seems almost unthinkable. Anyone who has seen the present collection behind thick glass in the Jewel House of The Tower of London, watched over by the loyal Yeoman Warders, will undoubtedly acknowledge that there is something unique about them, as if their very appearance is inseparable from that of the monarch, including the kings and queens of the past. The term Crown jewels is itself worthy of further explanation. The term incorporates every item connected with the ceremony from metal to vestments, not merely the crown. Coronation regalia has always played a vital and, at times, dramatic part in England’s history. As recently as 1988, archaeologists discovered crowns from the 2nd century BC. Similar finds have also been recorded from the Saxon era. 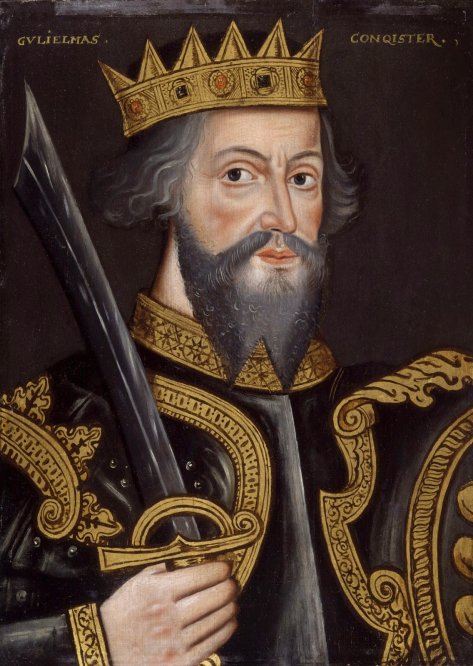 William the Conqueror’s invasion in 1066 culminated with his being crowned King of England in Westminster Abbey. The Bayeux Tapestry shows both Edward the Confessor and Harold Godwinson wearing a gold crown, and according to the Anglo-Saxon chronicle, that records the history of Britain from around 60BC up until about 1154, William wore a crown on no less than three occasions a year. There are few, if any, surviving records of what exactly the Crown jewels consisted of at that time. Around 15 October 1216, just four days before his death, King John’s entire baggage train was wiped out by a tide in The Wash as he prepared to cross into Norfolk. There is a good deal of uncertainty about what precisely was lost. At his coronation at Gloucester Cathedral on 28 October, John’s son, Henry III, was crowned with a plain hoop of gold, property of Henry’s mother. The usual crown was apparently missing, though whether this was because it had been among the valuables washed away on the east coast or because the circumstances of the war made it inaccessible remains unclear. 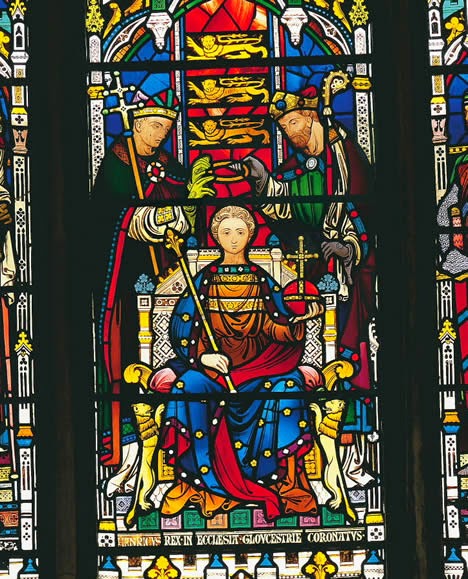 In 1220, when Henry was crowned for a second time, the ceremony, attended by notably more prelates and barons than on the first occasion, was described in much more detail. Records of that event have identified the crown used on that occasion as the Diadem of Edward the Confessor. That this was the same one as used by Edward himself and later William the Conqueror and his successors is quite probable. An inventory of the Crown jewels by a monk at Westminster in the mid-1400s makes further reference to ‘an excellent golden crown’, along with other items apparently used at Edward the Confessor’s coronation, including ‘a tunicle…golden comb and spoon’, and for his wife, Edith, a crown, two rods, an onyx stone chalice and a paten. The spoon, along with the golden ampulla first used at the coronation of Henry IV to pour holy oil over the king, are two of the few pieces from the set that have survived. 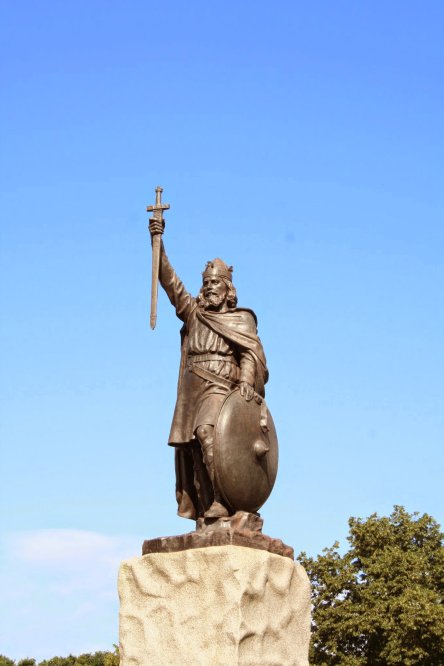 Precise references to the diadem’s existence can be found from Henry III’s coronation right up to the reign of Charles I. To confuse matters, there has been some suggestion that the Diadem of Edward the Confessor was renamed King Alfred’s Crown at some point following the dissolution of the monasteries. Prior to that point another crown, referred to commonly as Alfred the Great’s state crown, is also recorded as having existed. Descriptions are vague, but appear different enough to confirm the existence of two crowns. An early description of King Alfred’s state crown referred to it being ‘set with slight stones and two little bells’, while a parliamentarian named Sir Henry Spelman writing during the civil war referred to Alfred’s crown as ‘of very ancient work, with flowers adorned with stones of somewhat plain setting’. One of the few surviving accounts of the diadem states it was a ‘gold crown decorated with diverse stones’. Cromwell’s agents are recorded as having found at least three crowns in Westminster Abbey, Whitehall Palace and the 14th century Jewel Tower, whilst an inventory into the property of Edward II made reference to the existence of ten crowns. 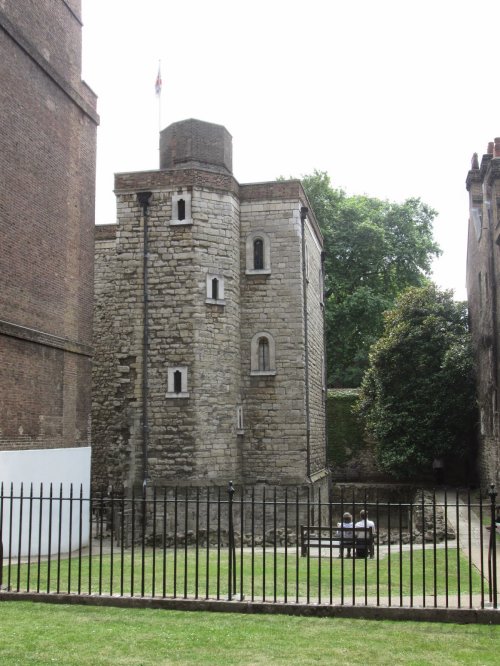 Among those might have been a series of rare finds from the reign of Edward I. In 1282, in preparation for his war against Edward I, Llywelyn ap Gruffudd deposited many of his jewels with the monks of Cymer Abbey. In 1284, with the war over, the jewels were handed over to Edward, including the ‘coronet Arthur’, a crown that supposedly belonged to the legendary king.
Later in Edward’s reign, the Stone of Destiny was brought from Scotland and kept in the Tower following the King’s victory over William Wallace in 1296. The stone was added to the coronation chair, but the appearance of the stone that now resides at Westminster Abbey does not fit with the original description.

By the reign of Henry VII another crown, commonly referred to as the Tudor State Crown, had been added to the collection. Descriptions of this have survived in greater numbers, and it has also been shown in a number of portraits. The frame of this crown was also gold and embedded with pearls, rubies, sapphires and diamonds. It was decorated with a figure of the Virgin Mary, at least three crosses and as many as four fleurs-de-lis. The Tudor Crown was independently valued as the most precious of the original jewels at approximately £1,100, worth just under £2m in the present day. 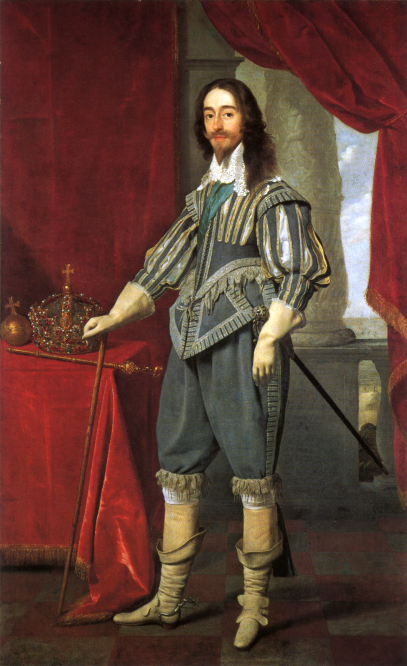 Of the original items only the ampulla, the spoon, the coronation chair and possibly some of the swords have survived. It is believed that gold from the Diadem of St Edward may have have been used in the construction of the new St Edward’s Crown – the official coronation crown that has been used at most coronations since that of Charles II, including Elizabeth II. According to the official receipts, the remainder of the jewels were destroyed; however, during the civil war, a story told that one of the original crowns, possibly the diadem, had been salvaged by a band of Cavalier soldiers, its whereabouts never divulged. Is it possible one of the original jewels could still exist, waiting to be discovered?

The fate of the missing jewels is a central feature of The Cromwell Deception, available now from Amazon UK and US.
Next
Previous